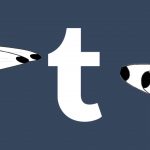 Tumblr used to be one of the most popular blogging websites during the 2010s. It was the place for various kinds of contents including aesthetic, fanfictions, tutorials and even explicit contents. However, Tumblr officially banned nudity and pornography in the late 2018 and witnessed drastic decline in users since. Otherwise, on the heel of billionaire […]